The culminating project for this unit will be documentary film.  This consists of three components:
The 3 products will be assessed on the criteria described below:
​

Historians analyze the formation of new societies by examining  push/pull factors that motivate people to take dramatic action.
​Historians analyze the development of society by examining the relationship between geography, climate, resources, and economy.
Focus Question:
​How did the geography, climate and resources in each colonial region cause the economies to develop differently?

​Using the textbooks and the other resources given to you in class, fill out the table/organizer with the appropriate information, then answer the focus question.
​
Historians develop a deeper understanding of a conflict by examining what led up to the conflict and what resulted from it.
Last week, we learned that there were many different European countries, like England, France, and Spain, claiming land in North America.  All of the European powers wanted more land and they began fighting each other for it.  In the 1700s, the English and the French in particular were fierce rivals.  In North America, the countries fought in what became known as the French and Indian War.  Eventually, the English won and came to dominate the land. 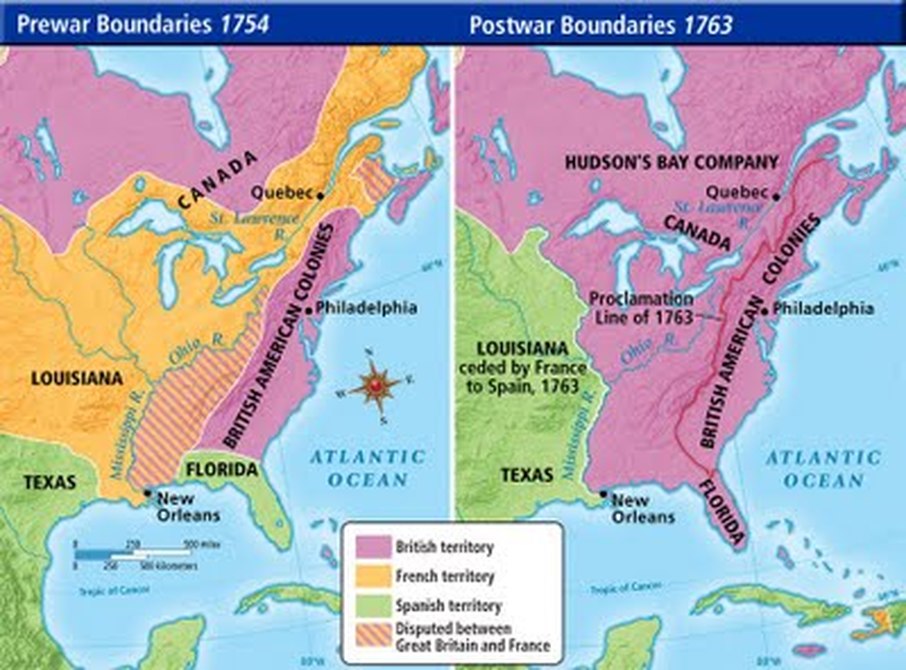 But, this came at a great price.  It was the French and Indian War that actually created the seeds of tension between the colonies and England, which eventually led to the American Revolution.

The King's Actual Decisions
In order to solve his problems, the King decided to do the following:
​Reflection:
​Historians record their learning by reading in chunks and paraphrasing the most important information. 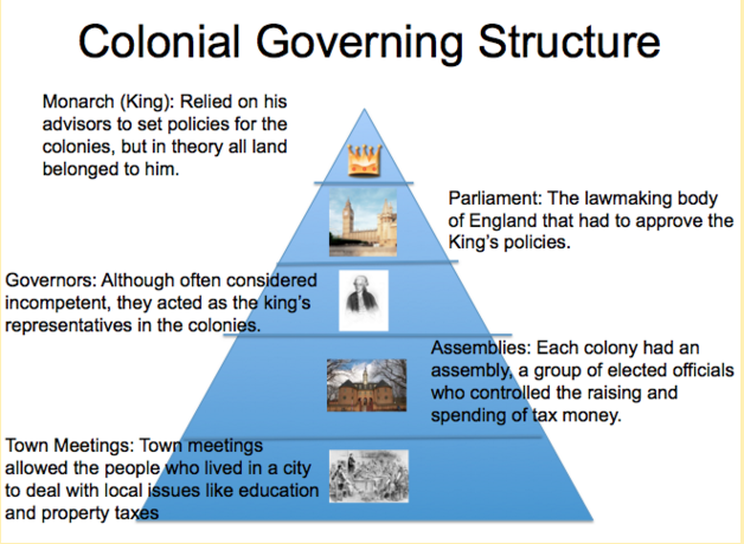 
Nonfiction Reading Protocol​
Historians understand a conflict by analyzing events from different perspectives.
Click on the icon below to download the packet given out in class.

Download File
Strong readers form their own opinions by examining both sides of an argument.
Read both viewpoints below.  Can you tell which one is a Patriot and which one is a Loyalist?
What are each of their reasons for either wanting or not wanting independence from Britain?
​
Patriots - colonists who wanted independence from England
Loyalists- Colonists who remained loyal to England and King George
​

Historians research effectively by learning their way around informational texts.
Possible Topics to Research:
Historians analyze topics that come up in their research by rereading and asking themselves questions 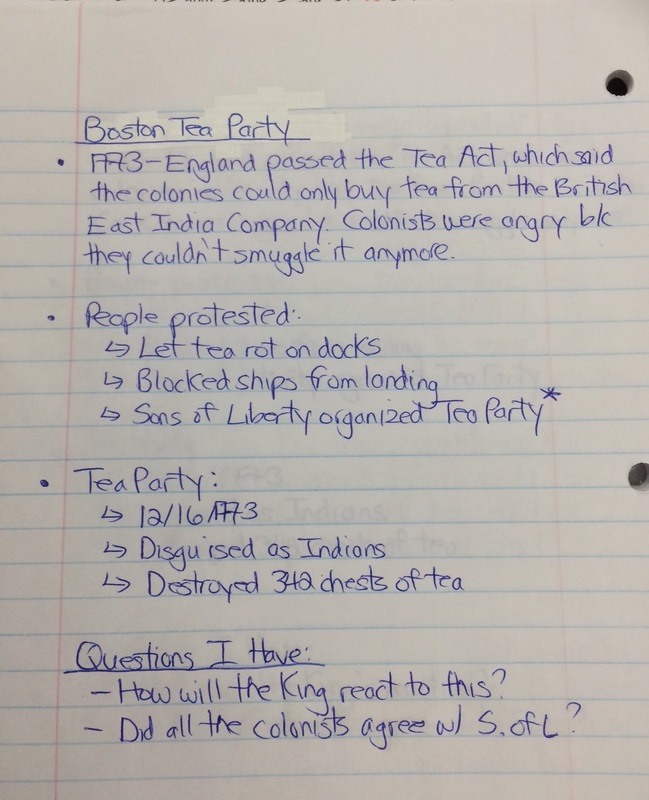 Historians research a topic by reading in small chunks, paraphrasing what they read, and considering its significance. 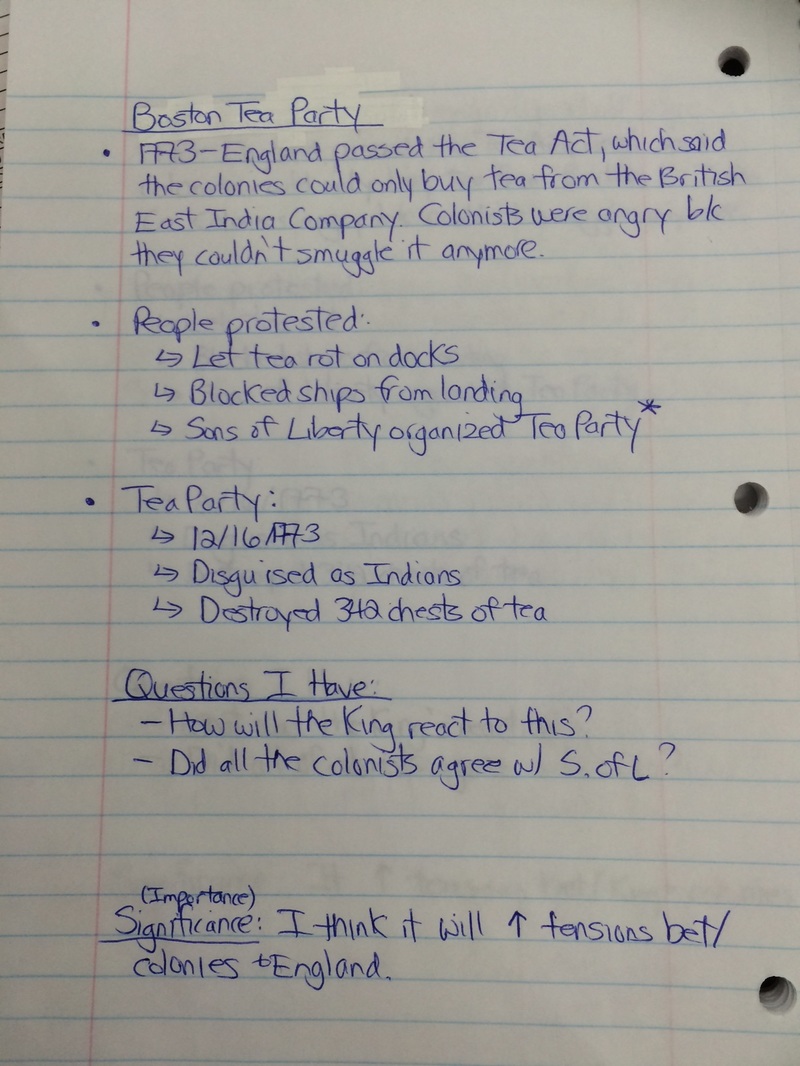 Historians examine how the needs and interests of different groups lead them to play different roles in a conflict.
Read and take notes here about how other groups (Europeans, African Americans, women, American Indians) participated in the war.
Filmmakers become familiar with a genre by exploring how and why others have used it to present information about a topic.

Documentary film - A nonfiction film intended to capture some aspect of reality for the purpose of maintaining a historical record or for general instruction.

Watch Ken Burns Documentary:  http://video.pbs.org/video/1832458783/
Determine what is the main idea and the emotions felt for each chapter.

Historians prepare for a research project by identifying possible areas of interest and questions they have. 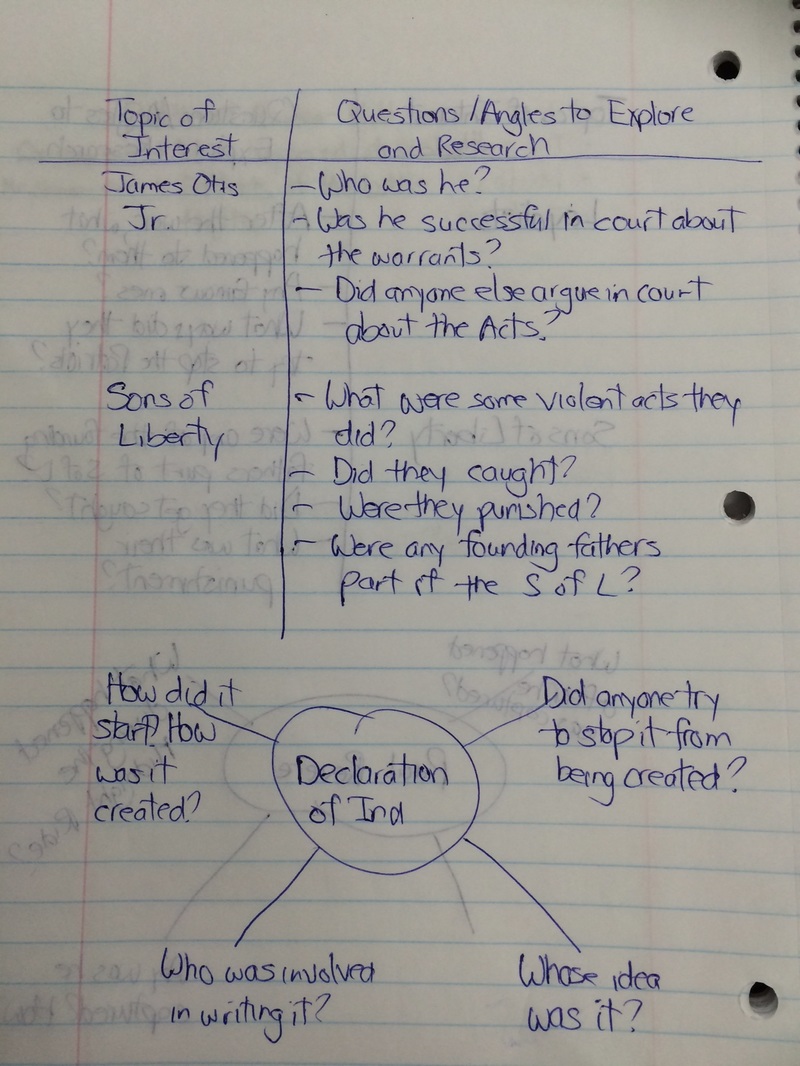 After reading through your research notes, find patterns and create categories/subtopics.  For example:

Topic:  Battle of Bunker Hill
Subtopics:
​Documentarians make meaning of their research by coming up with a claim about their topic and organizing their research to support it.
Claim:  The Battle of Bunker Hill was an extremely significant battle in the American Revolution, not only because it was one of the bloodiest in the war, but because it changed people’s perspectives about the Americans’ chance of winning.

Outline:
**Note that I changed/revised my outline a little bit from yesterday to better match and support my claim.  When you make your claim, you also want to make sure that all of your subtopics have a purpose and is supporting your claim/main idea.**